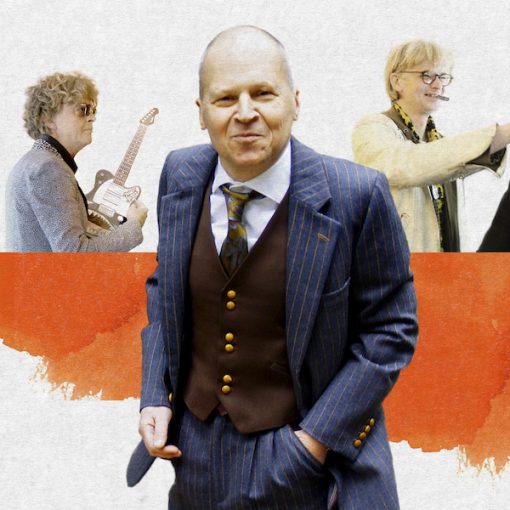 – A film by Stig Guldberg

Life-affirming documentary about the friendship between four outsiders.

The author Lars Morell and his three friends Boje, Anders and Veigaard have all in common that they are out of synch with their times and the surrounding society – and sometimes out of sync with each other. They don’t care about the prevailing norms and what others might think of them. And they are attracted by all things weird, chaotic and cheerfully mad about each other. THE ORIGINALS took more than seven years to make, and follows the friends through ups and downs with difficult emotions. It is a life between light and dark, the cheerful and the horrible, between order and chaos. What from the outside might look like ‘losers’ turn out, upon closer inspection, to be loveable originals, who represent other values than the norm. Why should the majority decide what is normal? Stig Guldberg’s film pays tribute to friendship, in good times and bad, and through its unusual antiheroes it asks: what can we learn from originals and what would we do without friendship?

With support from the Danish Film Institute, Den Vestdanske Filmpulje and TV2 Denmark

Stig Guldberg studied Languages and Literature from the University of Aarhus. Taught sixth form and vocational training, and from 1987-2004 employed as national adviser at The Ministry of Education within design, Danish and art. Was behind a major number of development projects, publications and film for The Ministry of Education.From 1998-2014 associate professor at Metropol University College and since 2014 self-employed educational adviser, design curator and documentarist. Autodidactic film director. Made his debut with the documentary A SAUCEPAN FOR MY WIFE – designer Jens Quistgaard (ABCFilm, 2010). In March 2018 awarded with Leo Kjærgaard Prisen for the documentary THE ORIGINALS (Klassefilm, 2018).